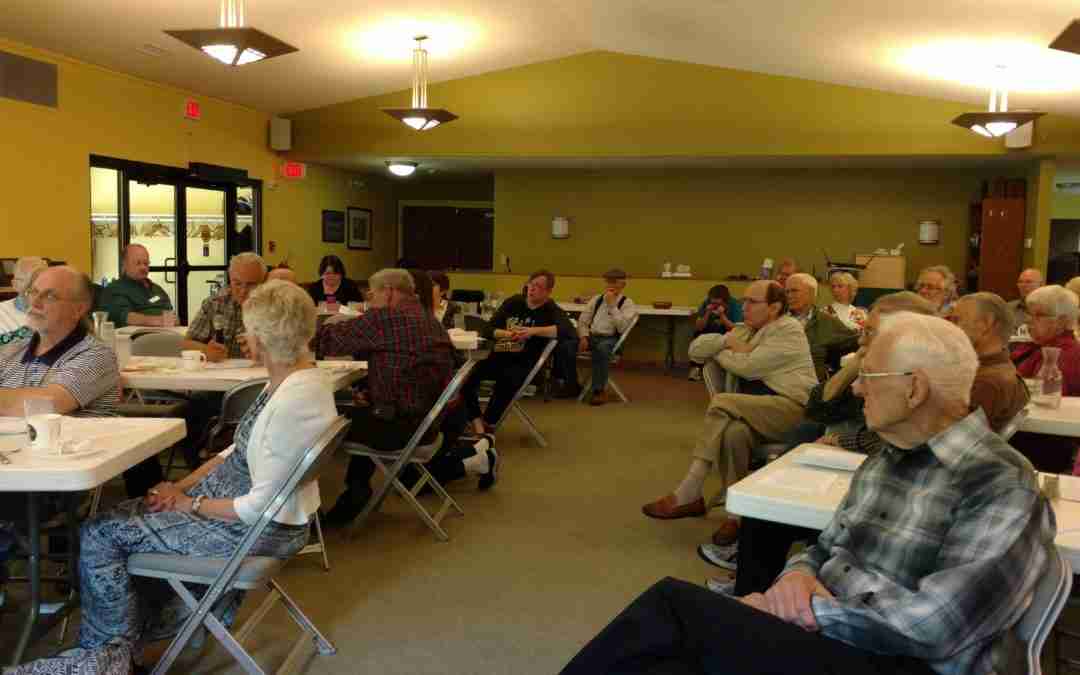 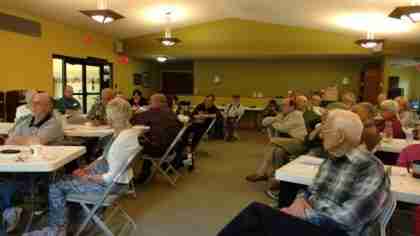 A member of the congregation asks a question during the 2017 annual congregational meeting.

The Unitarian Universalist Fellowship of Elkhart approved ongoing participation and engagement in the Sanctuary Congregation movement.

The Rev. Amy DeBeck, who is involved in an interfaith group in Elkhart County which advocates for undocumented immigrants, cautioned members at UUFE’s annual meeting on Sunday, May 21, 2017, that the Sanctuary Congregation program does not necessarily commit members to a particular course of action. If a situation arose in which UUFE was asked to provide sanctuary to an individual or family, the board would convene another congregational meeting to approve that step.

Before members voted unanimously in favor at the annual meeting, they asked a series of questions and discussed the moral, legal and financial ramifications of being part of the Sanctuary Congregation movement.

Though participation may not ultimately involve providing sanctuary on the UUFE campus, members will continue to educate themselves on the issues, advocate for issues related to sanctuary, and may provide aid to those in sanctuary in other local churches.

The annual meeting also covered routine matters such as electing officers and other positions for 2017-18.