May Volunteers of the Month

At the April meeting the UUFE Board of Trustees proudly selected Kevin DeBeck, Zanzer Anderson, and Oxana Werbiansky as Volunteers of the Month for May. They accompanied nine members of our youth group (The Pandas) to Boston for spring break. This trip has been many months in the planning stages and the youth, as well as the leaders, have all worked very hard to do the fundraising to make this happen.

Each of the adults were responsible for three members of the group from the beginning to the end of the trip. The group was able to visit several historic sites. Important sites, not just from the perspective of American history, but for the Unitarian and Universalist connections as well. They visited the Old North Church and Paul Revere’s house and attended Easter services at UU Cambridge. They toured Kings Chapel and the burial ground there where the gravestone stands which contains the scarlet letter A, which inspired Nathaniel Hawthorne’s novel. They were also able to tour the UUA and made several stops on the Freedom Trail to discuss the intersection of our religious history and the history of the early American colonies. The visit to the Aquarium was an opportunity to reinforce our Seventh Principle of the interconnected web of life with the young people.

Thanks to Kevin, Zanzer, and Oxana for setting a great example for our young people as well as the rest of the UUFE family. We applaud you! 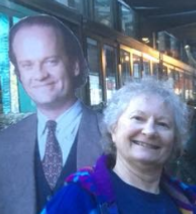