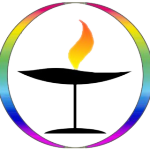 Here are the highlights from the August 2017 Board of Trustees meeting. The board meets at 6 p.m. on the second Wednesday of each month, and meetings are open to all members and friends.

The board heard a presentation from Carl Rust, who is involved with an alternative school program at Pierre Moran. Carl would ask Elkhart Community Schools to agree to using our downstairs space on a “field trip” basis. Using our quiet space, kids would be introduced to multi-track recording and video production, among other things. Carl would also store equipment in our building. This is an embryonic idea; if endorsed by the school system, we would have a memo of understanding between us and the schools. The board endorsed the proposal to potentially use our campus as a satellite location for this project; Carl will keep Board President Geneele Crump updated on the progress of the proposal. The soonest this would happen would be mid-September.

The board decided that we will spend some time reviewing our strategic plan at our September board retreat. President-Elect Chuck Bower spoke with Phil Lund from the MidAmerica Region, who encouraged us to review our plan to see what we are still committed to, and what is still relevant. Most strategic plans these days don’t go five years out because things are changing so quickly. Most also do not focus on numbers, but rather on what the church is doing both within and out in the larger community.  The September oard retreat is set for Friday, September 15, from 3 to 9 p.m. at the Elkhart County Visitors Center conference room.

Chad Crabtree reported that the Worship & Arts Committee decided we will have both a morning and evening service on Sunday, December 24, Christmas Eve.