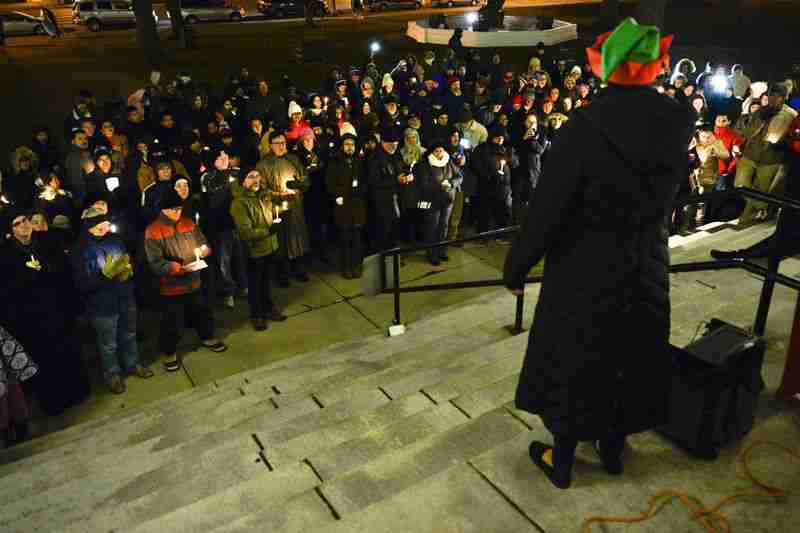 About 200 Elkhart County residents attended a vigil in opposition to a proposed immigrant detention center. The Rev. Amy DeBeck was among the speakers at the vigil in Gosnen.

The Rev. Amy DeBeck has been among the leaders in the Elkhart County community in general and at UUFE in particular in opposition to a proposed immigrant detention center in Elkhart County.

Rev. DeBeck was invited to speak at a vigil on Dec. 23, 2017, at the Elkhart County Courthouse, Goshen, organized by the Coalition Against an Elkhart County Immigrant Detention Center. The vigil drew about 200 people to the steps of the courthouse, according to coverage of the event in The Goshen News.

“Every person has dignity and worth. The very tenet of our religion is against this center,” DeBeck said in remarks reported by The Goshen News.

Church members have also organized a letter-writing campaign. More than a dozen letters have already been collected from members addressing the Elkhart County Board of Commissioners, the government body that will ultimately rule on whether to approve the proposal.