Evan Lefever honored for lifetime of work, including 19 times as Volunteer of the Month 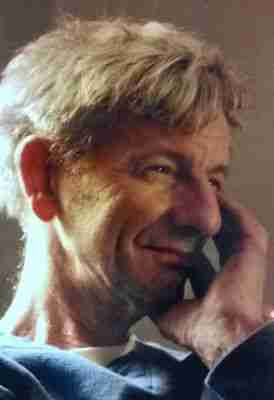 The UUFE Board of Trustees unanimously and enthusiastically voted to name Evan Lefever its Volunteer of the Month.

They have all been for great reasons — from purchasing and installing a new furnace for the sanctuary to installing a new dishwasher to installing or repairing innumerable faucets and bathroom stools. On the Building and Grounds Committee he has been a reliable and upright example for all of us as we practice our own volunteerism.

We have all been blessed to have Evan helping us at UUFE for so long we wanted to make this honor a special one since the reason for this citation is for his volunteering to teach us a better way to face our own mortality.

As he faces the certainty that his progressive esophageal cancer will soon end his life, he asked us to remember him with a memorial while he’s still here to listen to the great things people have to share about how he has touched their lives. He called it his pre-emptive wake and his wish was fulfilled on Feb. 10, 2018, at UUFE.

There was a huge crowd of family and friends who all shared stories and extended their hands and hearts in friendship to Evan. He even made the local news on ABC 57!

His wonderful daughter, Chloe Lawrence, gave a great tribute to her father.  She has been there with him on this difficult journey to provide emotional support along the way.

Thank you to Evan, who is now a lifetime member of the Volunteer of the Month Club. We think that this, your 19th nomination, is the magic number and you are the magic person to receive the award.