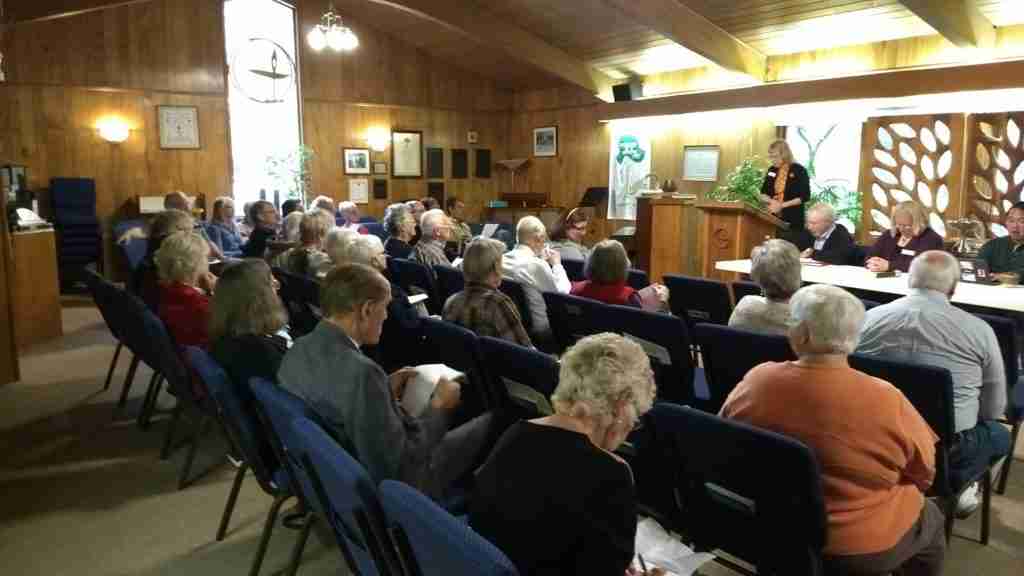 Members of UUFE participate in a special congregational meeting on Sunday, Oct. 29, 2017. The congregation approved the new position of religious education coordinator.

Members of the Unitarian Universalist Fellowship of Elkhart overwhelmingly approved the new position of religious education coordinator as well as the accompanying plan to fund the position at the outset.

The final vote was 46 in favor and one opposed after taking into account five absentee ballots submitted ahead of a congregational meeting on Sunday, Oct. 29, 2017.

The religious education coordinator proposal was brought to the congregation by the board of trustees, which identified the role as vital to the continued strength of the RE program as well as critical to serving UUFE’s mission as a Welcoming Congregation and as a faith community that values the participation of youth.

The board is hopeful that the position will be funded in entirety in the first year through a Chalice Lighters grant. An application is being prepared to be submitted by Nov. 15. Increased pledges and fundraising would be supplemental sources of funding, with the endowment used only as a last resort.